Without the ability to preserve food, we'd all still be hunter gatherers, spending our waking hours foraging and tracking to get enough food to survive, which doesn't give us much time left over to invent the wheel or the internet. Once we learned how to cultivate crops and, equally important, how to preserve that harvest, we evolved from nomads to communities with the capability to literally put down roots.

Spoiled to Perfection is a critically-acclaimed web video series, centered in Sonoma County, that unlocks the magic behind pickling, fermentation and the art of culinary alchemy. The show is created by Producer/Director, Stephen Rustad and is sponsored by Bubbies Pickles and Katalina Holding Co.

Today, most people buy and consume commercially-produced and packaged foods, never knowing the experience of a savoring a homemade pickle, a handcrafted cheese, or a cider squeezed from organic apples on a backyard press. Thanks to the ever-growing world of picklers, fermenters, and other food alchemists, attention has shifted the many creative ways people can use food preservation technique not just for storage, but to create more natural, more nutritious and more tasteful things to eat.

"Spoiler Alert! Episode #3 of Sonoma County-Based 'Spoiled To Perfection'™ Web Video Series Goes Behind The Scenes at an Artisan Creamery" 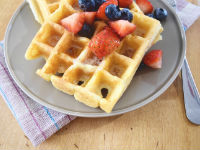 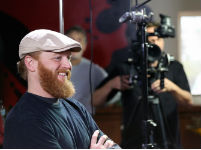 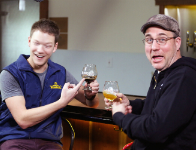 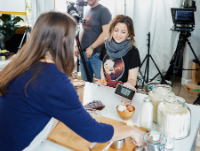 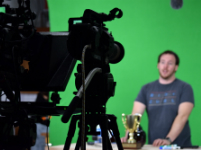 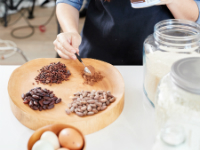 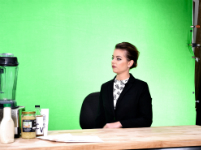 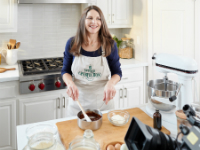 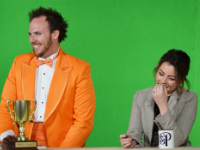 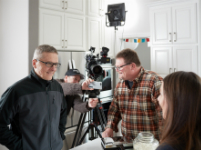 John Gray, owner / founder of Bubbies Pickles asked me to develop a YouTube video concept in January of 2015. His direction was simple - "Create an episodic TV show about pickling."

I expanded the concept beyond pickling to include most common methods of food preservation. And I came up with the title "Spoiled to Perfection" to reflect my belief that the techniques for preserving food multiply the food's value and enhance its flavor in a host of interesting and wonderful ways.

Well, for starters, I live in Sonoma County and I didn't want a long commute.

Seriously, Northern California is world-renowned for its wine-making so naturally there's lots of local expertise (not to mention experts) in the art and practice of fermentation. This knowledge has been applied beyond viticulture to almost every kind of food that can be grown and consumed.

I think of Sonoma County, in particular, as ground zero for the culture of "cultures," by which I mean the creative application of controlled spoilage, whether fermenting, pickling, aging, curing or smoking to staples like milk, meat, fruits, vegetables and grains.

First of all, food is really about just two things: nutrition and flavor. Once mankind reached a stage where there was adequate nutrition people began to explore, and indulge, their taste buds.

For early man, taste was as much about avoiding things that might hurt him as it was about identifying food that would sustain him. But as people grew more sophisticated, so did their interest in finding new and different taste experiences. Mankind went beyond eating to survive to savoring the flavors in his meal.

With the advent of industrial food processing in the 19th century, society slowly began to trade the experience of personally growing and preparing food for the convenience of eating food prepared by others. As civilization became more and more urbanized, and fewer and fewer people lived on farms or raised their own food, people came to accept that what they found on the store shelves or ate in fast food restaurants was "real food."

After refrigeration became commonplace, Clarence Birdseye perfected flash freezing, and scientists developed inexpensive additives that could prolong a product's shelf-life, traditional ways of preserving food fell out of use. "Spoilage" became something to prevent, not develop.

Beginning in 60's (my generation) young people started to yearn for a more authentic food experience and began a movement of "returning to the land." Today, their grandchildren work urban gardens and buy artisan produce in weekly farmers markets.

The search for "authentic food" has encouraged many young entrepreneurs to explore and / or revive age-old methods for preserving food. In the process, they have discovered new flavors and tastes that don't come from a freezer or can't be found in a can. Nowadays, "spoiling" can be a means to make a food more flavorful or more nutritious.

Fermenting generally involves introducing or nurturing a natural bacteria in the food. The bacteria "eats" the food and produces enzymes which change the food's chemistry. If left unchecked, the food will eventually decompose. However if the spoilage is controlled and halted at just the right moment, the result can be delicious.

Pickling can involve fermentation - for example, pickling cucumbers in natural brine and allowing nature to take its course - or it can be achieved by saturating a food in vinegar.


For High Res Video and Photo Files and News/Media Relations: